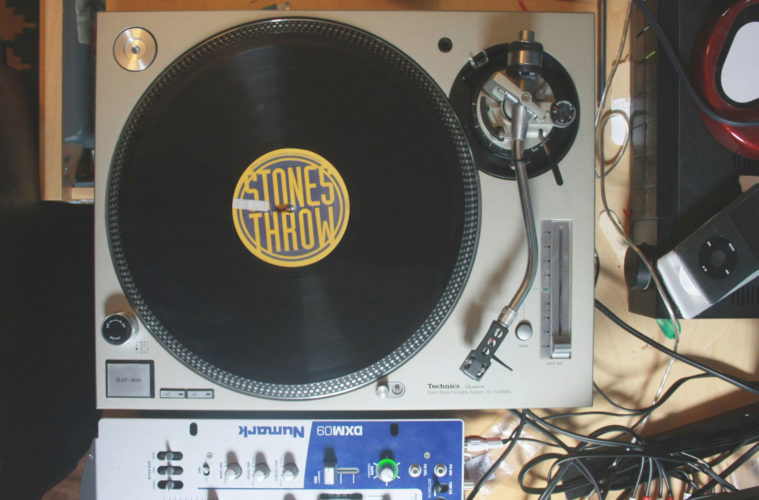 Famed for pushing boundaries and effortlessly evading the mainstream, it should come as little surprise that Stones Throw Records are making the trip down to Medellin for this year’s Selina Summit. The LA label’s esteemed founder, Peanut Butter Wolf, will be imparting wisdom as well as his trademark hip hop mischief; offering some well-earned insights at the international music gathering before setting up with J Rocc and letting the vinyl do the talking. Below you can find a selection of the label’s greatest triumphs, spanning 23 years (and counting).

Hugely influential in the eventual formation of Stones Throw, Charizma’s influence on this list should not be restricted to just ‘Methods’. The downbeat, hypnotic allure of that track always brings with it an air of melancholy, released posthumously following his tragic, untimely murder. ‘RLGL – Remix’ remedies that swiftly, a riotous and playful showcase of an intoxicating talent

A captivating lyrical to-and-fro from the Oxnard trio, and yet the beauty of this offering can be best explained by one of its lines… ‘Madlib up in the basement’. Even the Beat Konducta himself has rarely been on better form, from the arresting change-up of the opening through to the ominous bass of the outro. This one never fails to go off.

Madlib is at it again, this time joining forces with London born rapper MF Doom on one of the label’s most revered releases, 2004’s ‘Madvillainy’. This particular track samples Gentle Giant’s ‘Funny Ways’, twisting it into something altogether more urgent and sinister. Doom is on top form, his stark tirade against the abuse of power suggesting that against all odds, he is perhaps not the villain of the piece.

Speaking of seminal Stones Throw releases, they don’t come much more significant than 2006’s ‘Donuts’. Released on Dilla’s 32nd birthday, a mere 3 days before his death by rare blood disease, it is staggering to think that the vast majority of this LP was put together on a hospital bed. The whole thing is imbued with a warmth that belies his circumstances. Rich samples are embroidered together to create that most elusive thing; a technical masterpiece that touches the soul.

While hip-hop is Stones Throw’s main export, the bastard nature of that particular genre gives a generous clue as to how experimental this label can be, and how wide ranging its influences. The one man funk-Lazarus is as compelling a character as he is a producer (think Eazy E with a keytar), with a late 70s sensibility that suggests he could well have stepped out of ‘The Deuce’ and into the studio. This particular thumper frames his charismatic swagger alongside a classic west coast scenario, littered with jheri curls, liquor stores and busy front porches. And what could be funkier than that?

A well rounded track in its own right, Dave the Producer sprinkles some stardust on The Stepkids’ ‘Legend in My Own Mind’ (also released on Stones Throw), to create something quite magnificent. The euphoric, soaring falsetto of the original punctuates a bassline that grabs you from it’s opening salvo. Both MCs deliver, but Percee P turns the track inside out with a staggering display of lyrical dexterity and rhyme scheme manipulation. Brief and exhilarating, this feels somewhere close to perfection

Stones Throw certainly has a knack for combining artists to uproarious effect. In this case we have coveted beatmaker Knxwledge, and the relentlessly charismatic Anderson Paak. This sun soaked groove is drenched in 80s nostalgia, sampling The BB and Q Band’s (I Could Never Say) It’s Over, and paying visual homage to 1988 hood classic, Paid In Full. Only Paak could match the smoothness of this sample, forging a track that is destined to soundtrack cookouts and pool parties for years to come. Yes Lawd indeed.

While perhaps not yet as revered as many of the tracks on this list, it feels like a matter of time. In fact, it was this offering which convinced Peanut Butter Wolf to sign the artist immediately. The seductive instrumental is both enhanced and undercut by the vocal, smooth and yet tinged in desperation. Paranoid break up songs shouldn’t be this sexy, but then Stones Throw have never followed the blueprint. We should be thankful for them.